Valuable information for students of all levels, based on reliable sources. 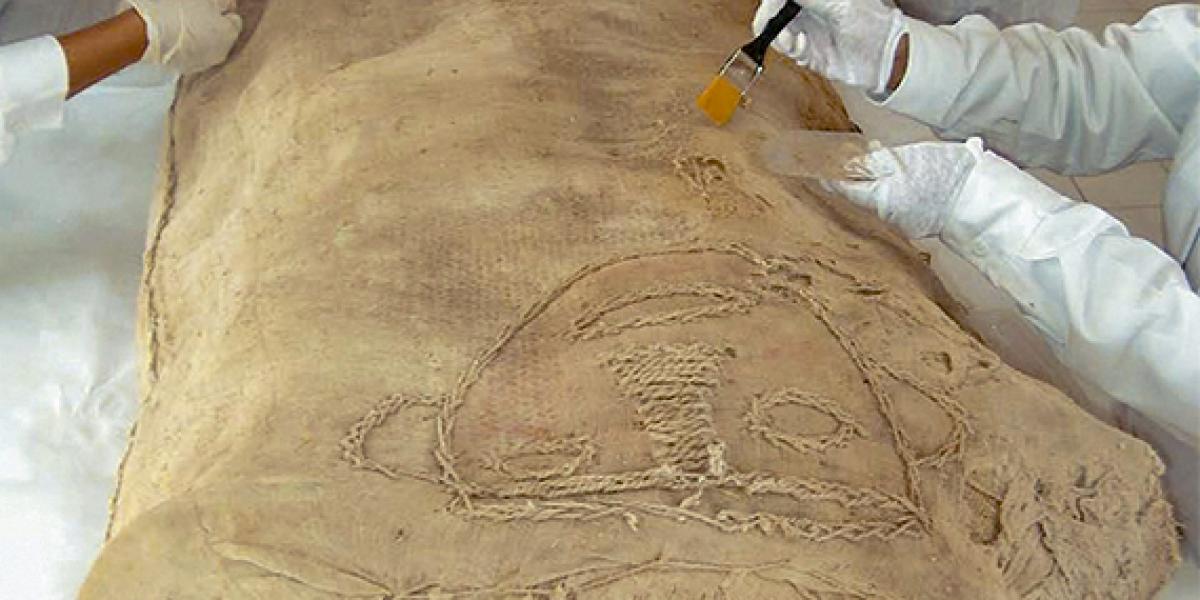 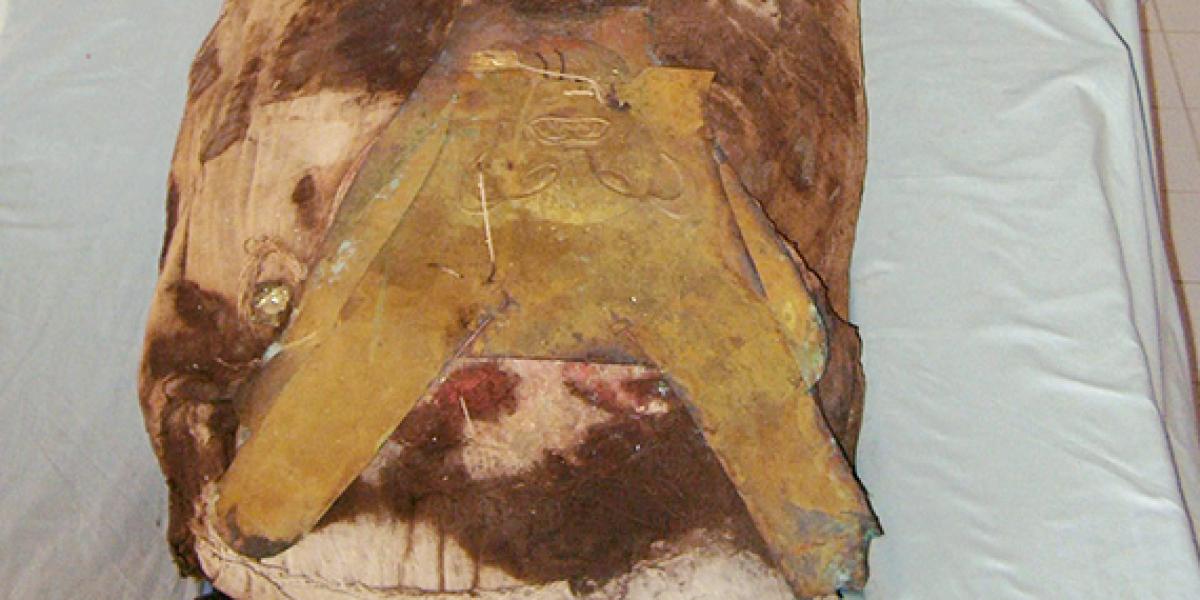 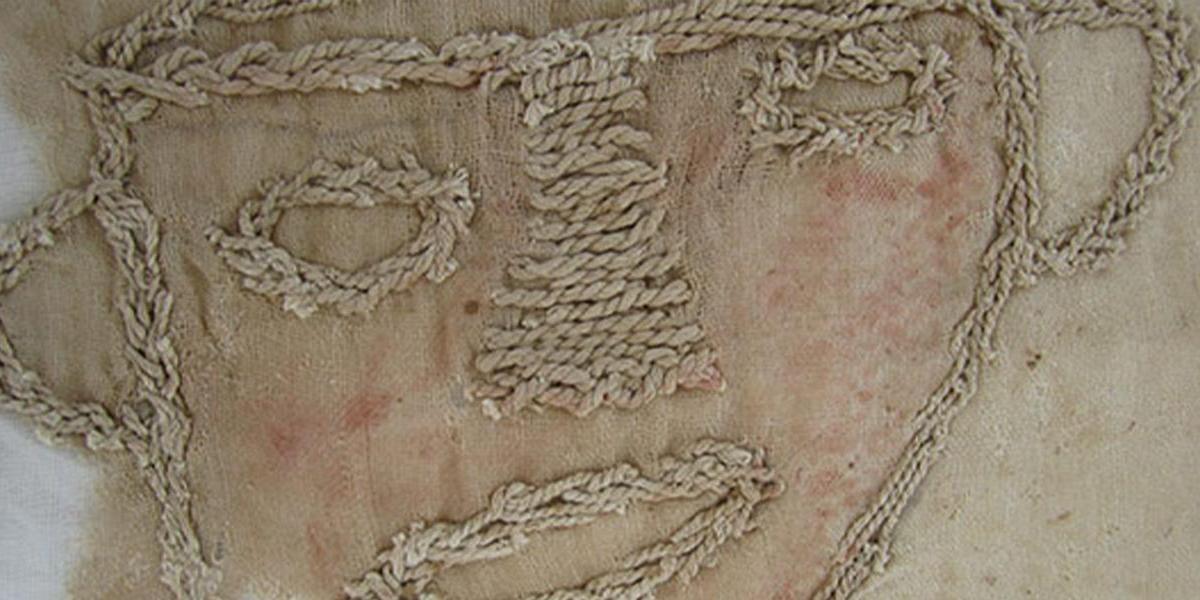 
The superficial bundle featured on its exterior surface an anthropomorphic embroidered face and covered with cinnabar (mercury sulfide). From layer 1 to layer 4 of the bundle, blankets were found, some of which with decorated edges. On level 5 there were six layers of square cloths with square metal plates of gilded copper sown onto the textile material. Then, it was possible to identify and recover the emblems of power placed at the level of the head of the personage: two lateral bludgeons and four crowns with their respective V-shaped diadems. 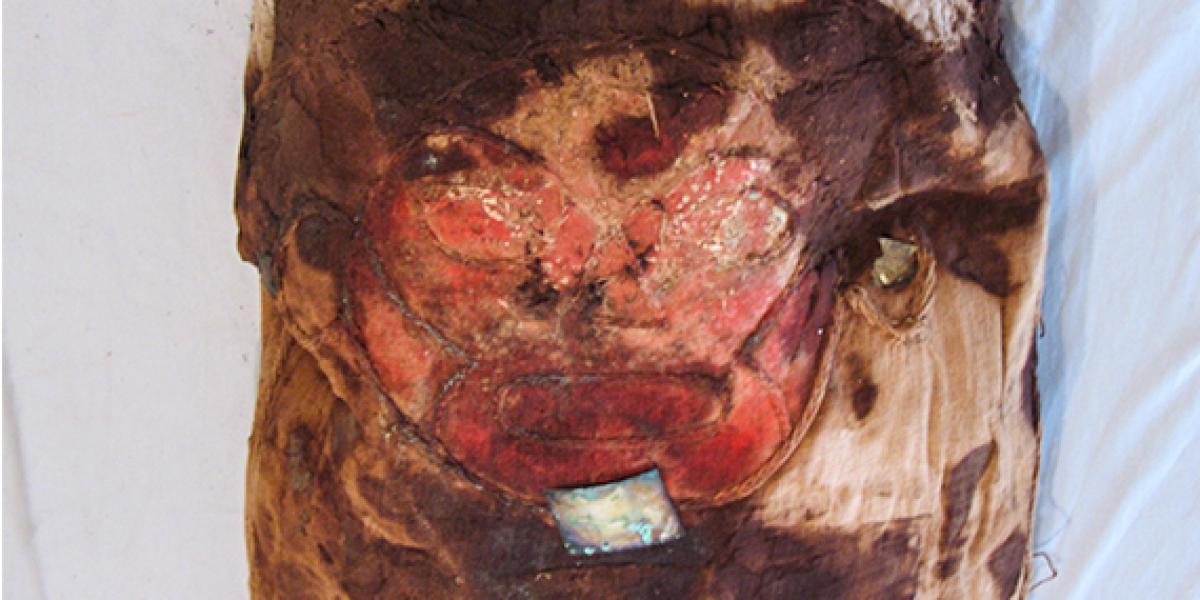 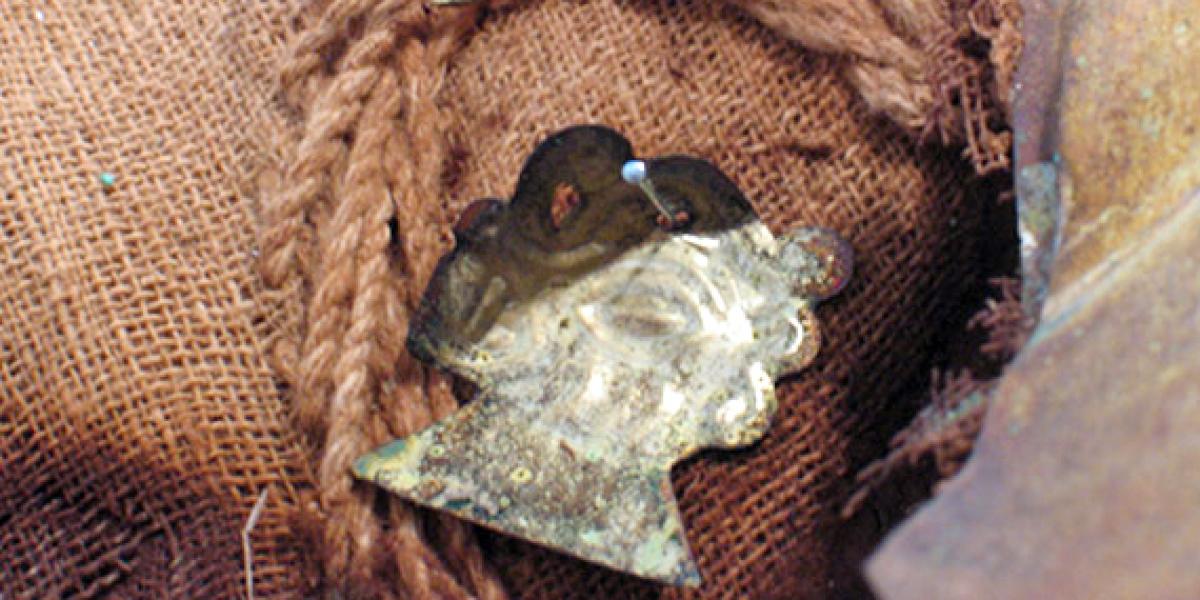 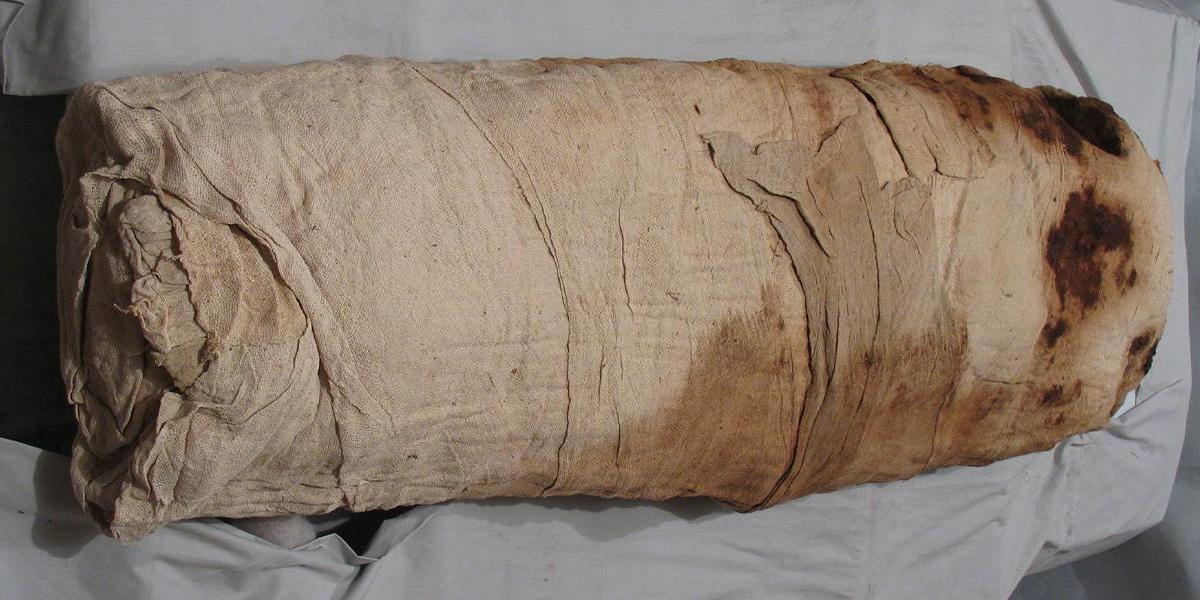 
The face on the intermediate bundle (layer 6) had a new face embroidered with the appearance of a monkey, which had on either side metal earrings with the representation of felines. The vermilion red color of the cinnabar that covered the embroidering was most intense. From layer 6 to 12, more textiles appeared as straps and cloths. This stage is characterized by the abundant presence of the straps and shrouds associated to small offerings and to large quantities of cotton fibers. 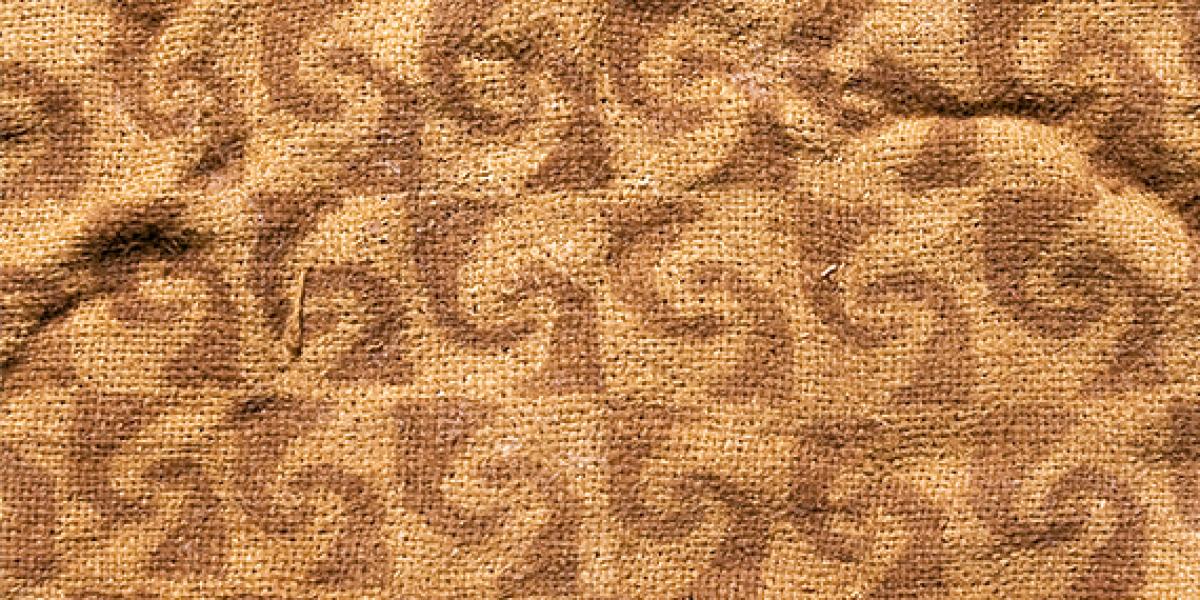 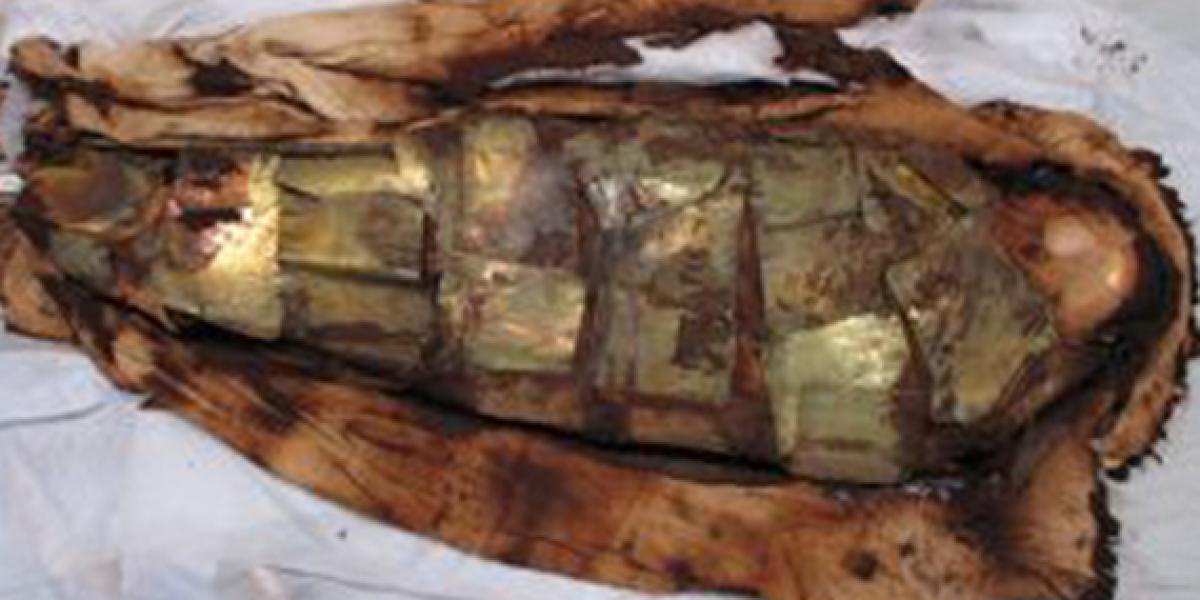 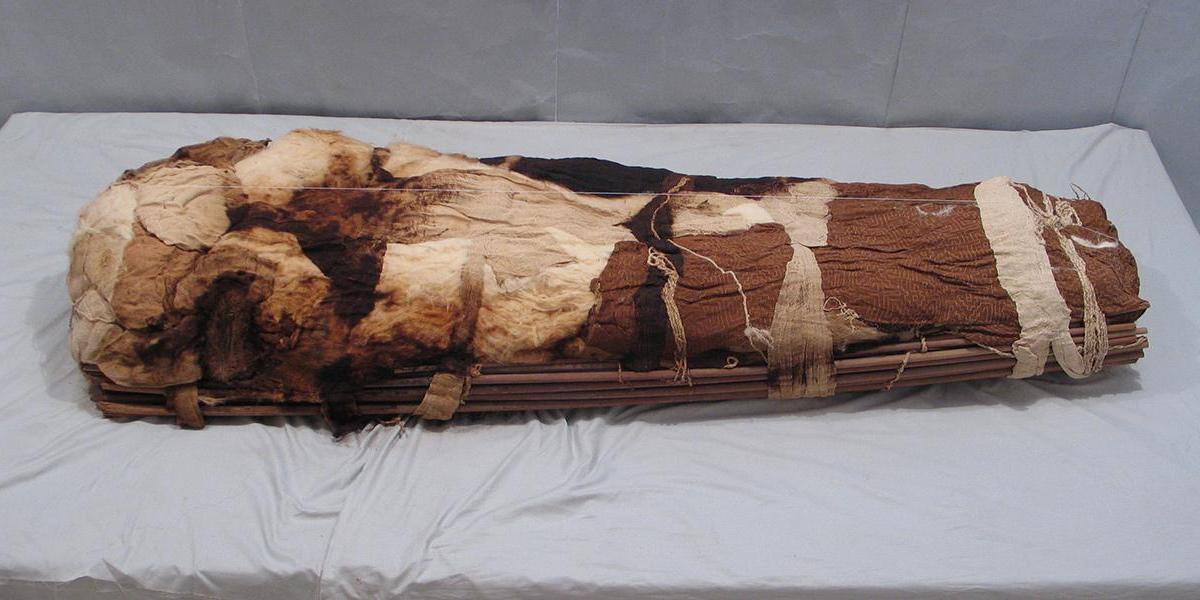 
The internal bundle is the earliest one. On this stage, the body of the Lady of Cao was found. Four finely decorated dresses were recorded on an extended layer of white cotton, two of which were in a state of decomposition and the other two in good condition. There was also a cape made of fine fabric with instruments and supplies for textile production. Later appeared a textile cloth with 31 plates of gilded copper, sown and held by straps.


The mummified body of the Lady of Cao

After removing the layers from the bundle, the extended and naked body of the Lady of Cao was found in an extraordinary state of conservation. Her face was covered by a dish of copper gilded with cinnabar powder. Her mummified remains, covered in cinnabar powder, preserved the tattoos that this personage donned on her forearms, hands and feet.

Around the neck were her personal jewels and, on her ears, her earrings. Fifteen necklaces were recorded, with pieces of gold, silver and semiprecious stones. She also wore a pair of ear-pieces and strings of earrings with incrustations of turquoise. Moreover, forty-four nose-pieces were found, all of them made by master craftsmen on gold, silver and copper. These objects were the support for the representations of the Decapitator god, lunar animals, naked prisoners with ropes tied onto their necks and a notable quantity of fauna. Each nose-piece has specific symbols that are part of the different manifestations of the Moche worldview.
Finally, the body of the Lady was supported by a bundle of forty-six small cylinders and twenty-three wooden arrow-throwers, lined with gilded copper plates and decorated with the heads of human beings and birds.